by Jonathan Longnecker in Apple

Up until recently, they have been selling tangible products: devices with software. Soon, Apple will be selling universal, ubiquitous access. Or: all your stuff on all your devices in any place.

This is such a great post. It captures all the things that have been in the edges of my mind for a while, but I’ve never been able to articulate it as well as Shawn Blanc has. I will say that what’s truly amazing is that Apple has been able to build towards this “one product” with off the charts success for the individual products. iPhones, iPads, the MacBook Air and even the Mac App Store and OS X Lion have created this steamroller of profit and awesomeness. We’re on the verge of what I know most of us have wanted with all our Apple devices..for them all to truly work seamlessly together from media to apps to content. It’s exciting times, folks.

Get Rid of Pesky Zip Files After Unzipping in OS X

by Jonathan Longnecker in Design, Apple 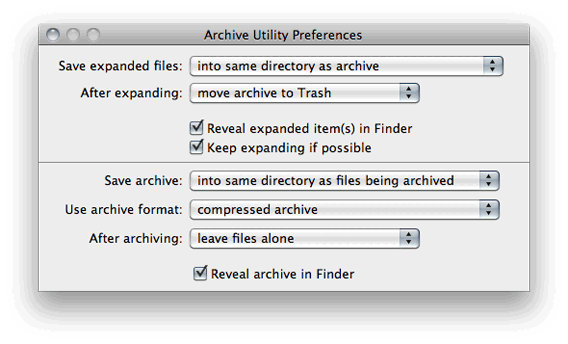 Mac OS X’s built-in Archive Utility is a handy tool that lets you easily expand ZIP files downloaded to your computer. However, the zip files by default stay behind, leaving your Downloads folder cluttered. Luckily, there’s a way to modify the preferences and have the downloaded zip files sent to your Trash.

This has always bugged me, and I’m glad to finally have those zip files magically disappear after unzipping. Sometimes it’s the little things, you know? Thanks, Tony!

Minimizing Distractions on Your Mac

So this little blog popped up a couple of weeks ago called Minimal Mac. Yeah, yeah Macs are minimal; we all know that right? Steve Jobs hates buttons, blah blah blah. Ok, but how about when you’re using them day to day?

As we’ve become more involved in the community I’ve been finding myself more and more distracted as of late. I’m trying to work, but there’s a new RSS feed I need to read. Or a new email that just came in. Twitter just never stops. Ever. There’s something about new stuff that gets us all excited and makes us feel like we need to see it now.

Syncing Your Sent Mail on Your Computer and iPhone

by Jonathan Longnecker in Tutorials, Apple 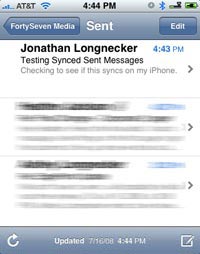 I’ve had my e-mail synced up between my iPhone and Mac for a while now, but for some reason I could never get my sent mail to sync. I mus have missed the boat on this one because it’s actually not that hard, and I’ve found that Leopard makes it less panic-inducing (I’ll explain later).

So when I knew I was getting an iPhone around last November, I went ahead and changed my 47m mail to an IMAP account so it would signal read/unread e-mails on all my devices. Apparently living in the dark ages, I had pretty much just used POP mail before that, keeping regular backups of sent and received mail in manual folders. A lame system? Yes, but it worked for me and kept the mail server flowing freely. And so was my first stupid mistake: I just switched it and didn’t backup anything first. Since I had been using POP mail that pull the messages off the server and removes them after so many days, a bunch of my e-mails were gone! Whoohoo! Fortunately I got lucky; we were in the middle of switching hosts and the old host still had the mail servers active so I made an account tapping into their system and got the messages back.

Here’s a little goodie for you ExpressionEngine developers on Leopard. A pretty folder icon to put all your plugins, modules, extensions, etc… in.

Quick rundown for those who don’t know how to change folder icons:

A Few Thoughts on my AppleTV

So the other night the wife and I were at the Apple store looking for Time Capsules for 47m. Happened to see the new AppleTV setup while we were there, and the HD movies looked incredible. I mean, jaw droppingly good. Yeah, I know BlueRay is better, but seeing Transformers in “almost” HD compared to the standard def movies I was used to; I was hooked. No more trips to Blockbuster, I nudged the wife (Gently nudged, of course)! 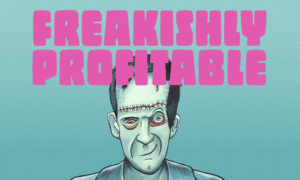