Today is an exciting day for us. Why? Because it's today that we realize a goal we've had for FortySeven Media right from the start.

Since the early days, we've been building some of the best looking and hardest working websites around. But once you have one, it is in constant need of fresh content to really draw and keep people's attention. Which, let's be honest, can really be a pain. Who has the extra time and brain power to write and shoot a product overview video, or capture the right images to portray what it's like to stay in that exotic resort you run?

by Nate Croft in Music, Personal

Loose ends, I've got em! We all do. It seems everyone I know has that thing they have been working on for ages. Things half built, paintings that are almost there, and for me, songs left to years past.

Here's the tale of a song that has bothered me for the better part of ten years. Why? Well, it wasn't quite perfect and there wasn't anything I could do about it. You see, the multi-track files for this and many other songs went missing. One night they were there, the next day they were gone.

Some of them even knew the words. Someone liked that song. And I don't know if they will ever hear this 10 year old new version, but it's for them. The ones who sang along and liked that thing we made.

All I had left of this song was one mp3 mix with scratch (place holder) vocals, and a not so in-tune guitar part I laid down quickly to get the idea before it left. It was 80% at best, and 20% pure frustration that I'd never get it the way I wanted. Not with the performances of friends that are seldom seen and one that I don't think even plays anymore.

by Jonathan Longnecker in Music, Personal

I didn't think Ok Go's videos could get any crazier, but good grief. Watch this thing. How long did this take to setup? They basically drive by hundreds of chimes, guitars, pianos and makeshift drums banging on them to make music. It's rad.

You silly, nutty ok going guys. Just keep on blowing our minds with your video awesomeness.

Making Music from Anything

by Jonathan Longnecker in Music

Music from a Dry Cleaner →

There are so many lessons we can gain from Diego Stocco’s ingenuity here. I’ll try to spell out a few for you. In the meantime, enjoy the music!

Chipotle Stop Motion Ad - Back to the Start

by Jonathan Longnecker in Design, Music

Created by John Kelly for Chipotle and featuring a Willie Nelson cover of Coldplay song “The Scientist” this awesome stop motion short film hits all the right notes.

All the proceeds from the single are going to benefit the Chipotle Cultivate Foundation so if you like the song and want to help go get it on iTunes.

Welcome to The Kick Awesome Show! That’s right, Nate and I have decided we need to hang out more, so why not in front of a camera? We’re going to attempt to talk about cool and interesting things every week so go hit that subscribe button now.

Being that this is our first shot the format’s still up in the air a bit. But that’s ok, we know you’ll tell us what you love and don’t love in the comments.

First off, let me say that we’re psyched to finally be able to share this project with you. We believe that side projects don’t work unless you’re passionate about them. Well, guess what? We love music and we love design. They go hand in hand, really. So we decided that there should be a place where designers can find new music recommended by other designers: DesignersMusic

Go play with it now or read on below for details!

What Happens When We Try to Make a Video

by Nate Croft in Design, Music

One of our super cool secret projects is very, very close to launching so we decided we would make a short video promoting it. The problem is that we can’t keep our lines straight for more than two seconds, especially me (Nate). I am pretty sure I screwed up every single line I had. We thought it would be fun for all of you to see the stuff that doesn’t make the video.

Jump into your Aston Martin and don’t forget the cuff link grenades because there’s more huge riffs and mumbly rad rhythms headed your way! See yourself walking calmly through a hail storm of enemy fire while unleashing your own semi-automatic barrage of cooly menacing munitions only to stop, raise an eyebrow, and then shoot the sniper out of the window behind you without looking. Oh yeah, it’s that kind of a song.

What are you waiting for? Get your Dirty Spy Rock! Download “The Problem Solver”.

by Nate Croft in Music, Personal

One night, as I sat in the office/studio, I was overcome with the desire to write a song. A spy song. I grabbed my guitar and began to pound out the sneakiest riffs and rhythms I could muster. Yes, yes, this would do.

If I were a spy this music would play every time I was chasing a car around the winding Swiss mountain roads, or single handedly besting the brutish thugs of my arch nemesis.

I’ve tried a couple of times to start this post because it is quite difficult to describe our friend Troy, much less his music. Up until the last two years, he was that guy that you knew who popped into town, you hung out and he told you about his unbelievable adventures and hijinks, and then disappeared for another 8 months. Now, he’s still that same guy, but he just stays in town.

Up until a few days ago, you probably only knew FortySeven Media as those guys that make kick-awesome websites. But before there was a FortySeven Media, there was rock! (Insert Jack Black-like air guitar solo here.)

You see, back before Jon and I started FortySeven Media, we started a band with a couple of our friends. We wrote lots of songs, played more shows than we could keep track of, and didn’t record nearly enough. In fact, only one full length album and one EP was all that existed of our years of hard work. But in 2004, we decided to fix that.

by Jonathan Longnecker in Business, Music 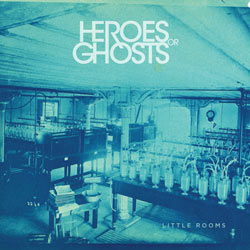 It’s been one crazy year here at 47m, and we’re doing our best to go out with a bang! It may come as a surprise to you, but we do more than design cool websites. We also make the rock and roll. And we finally have some of the rock and roll to share with you. Now between the two of us, I’m not the engineer so I’ll leave the gory technical details to Nate, but I can honestly say it sounds pretty awesome. The two of us wrote and recorded everything, not to mention playing almost every instrument on the album. Needless to say it’s taken a while. Like 5 years. And that’s another story entirely. But it’s finally done!

So in the spirit of Christmas, we would like to give you one of these songs and let you listen to a few others. We sincerely hope you love it.

If you’ve been reading the blog, you might remember us posting about some of our top secret media projects. Apryl Lynn’s With This Breath is the first of those projects that we are releasing out into the wild.

Apryl isn’t your average singer/song writer. She avoids the whiny artist who complains over a couple of chords stereo type, and gets straight to into the soaring rock choruses. Or was that electro-disco-rock beats? She isn’t afraid to give the song what it asks for. And we were more than happy to oblige. This is FortySeven Media’s first venture into the realm of artist development and record production, and we have to say, we like it. Taking a great barebones song to a fully fleshed out arrangement that just won’t get out of your head is truly rewarding, and even more so is taking a chance on a local talent and giving her the shot she deserves. 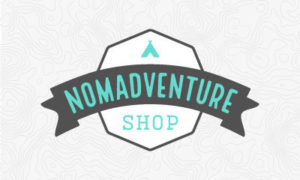